From the river to the ría

To get to know, even understand,  Vilagarcía and Arousa,thoroughly making a sea tour  is almost essential, almost an obligation. Nature and tradition demand it. And now you’ll know why…

In Vilagarcía there is one of the oldest nautic clubs in Spain, the Real Club Náutico de Galicia –  Galician royal nautical club – supported by the king Alfonso XIII.  But also,  the Galician Sailing High Performance Centre which counts on the expertise of trainers who were Olimpic, European, and national  winners . The first mussel bateas – wooden structures for growing mussels-  were from Vilagarcía. The Mussel Denomination Regulatory Board of Galicia  and The Technological Institute for the Control of the Marine  Environment  is also here as well as a kitesurf  landmark in Galicia. This added to the fact that the Mar de Arousa Jacobean River Route was created here and that the farms of the famous Carril’s Clams are here, and that Cortegada Island, part of the Atlantic Islands National Park is here too, a sea route is, more than “essential, a must if you want to know and understand Vilagarcía and Arousa thoroughly. 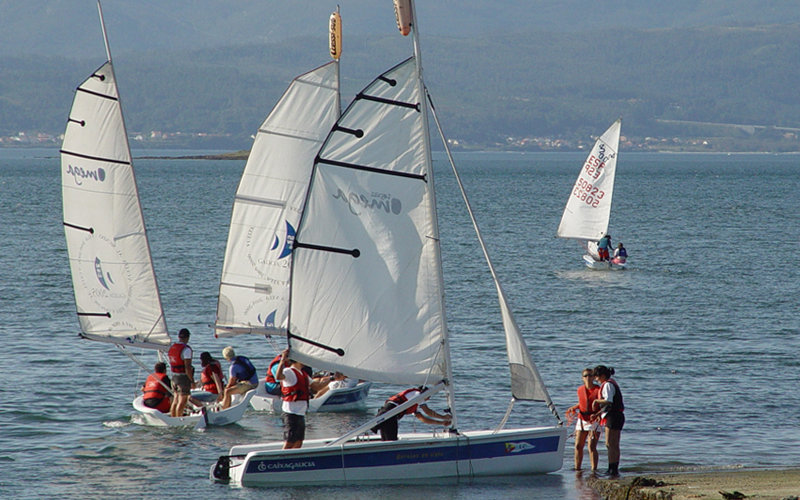 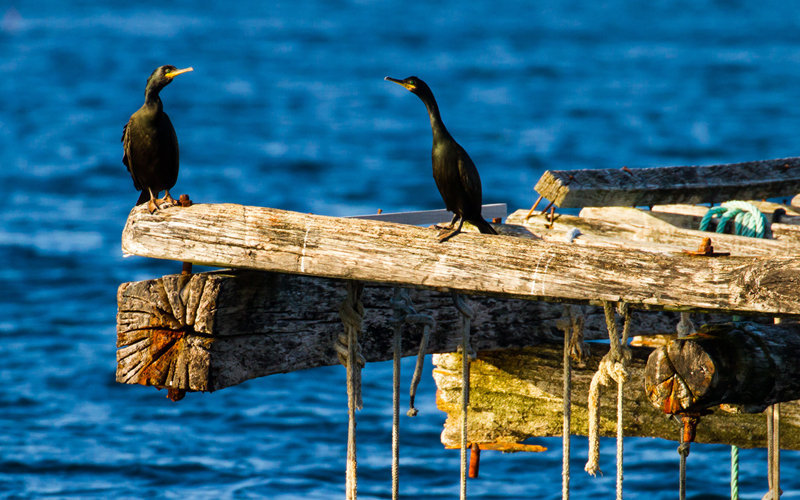 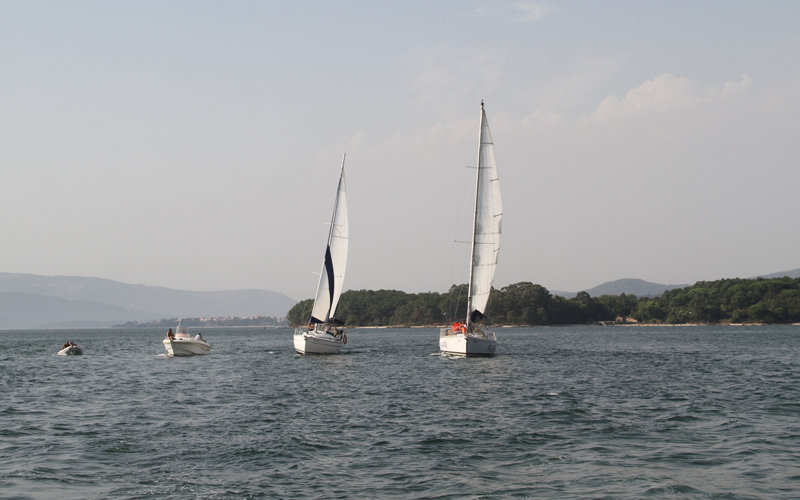 You can do these routes on your own, but the best option is to let some local businesses take control and lead you since they offer an excellent list of services.

Thus, you will be able to know the ría on a boat enjoying a quiet voyage whilst you see the bateas, islets, and probably dolphins (our golfiños).

There are specific toursto know directly how mussels are grown, but also how eels or lampreys are caught in the river Ulla and to know  the inshore fishing techniques in sourthern and northern Arousa.

Obviously, the destination which offers a wider range of activities is Cortegada island. You can follow and interpretative itinerary, but you can an visit it by night (included in the Starlight program) in order to enjoy the sound of the silence and the sky trying to see some  stars and constellations. Similarly, you can combine the visit to the island with some others like a traditional canned food factory, a pazo with a winery, a historic  garden or even a tour along the ría itself. 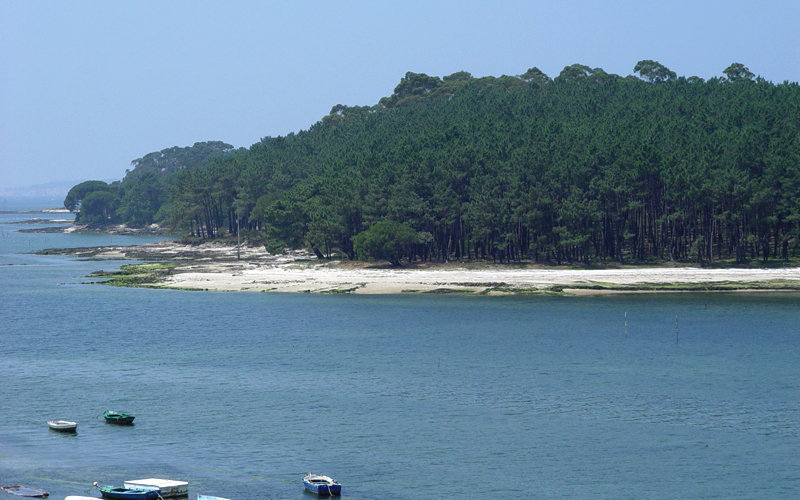 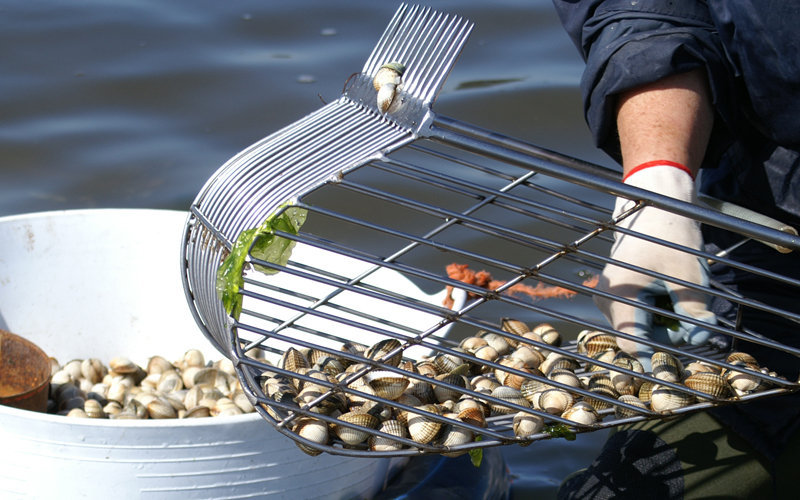 Another alternative to approach to the sea world but, in this case,  as a  productive sector  is to do the Seafood Tour. Expertise clam catchers of Carril will help you become a clam catcher for a day, catching clams and cockles, learning the technique and methods used as well as knowing the  trading process. Thus,  it is recommendable  complementing this tour with a visit to the marketplace of Carril.

You can also  scuba dive in the ria. Two companies can take you on a boat up to the spot and even monitor  you while diving. Similarly, if you like sea sports, but on the sea surface, you can try kitesurfing in a pioneering school in Galicia and Spain situated on the Bamio beach. 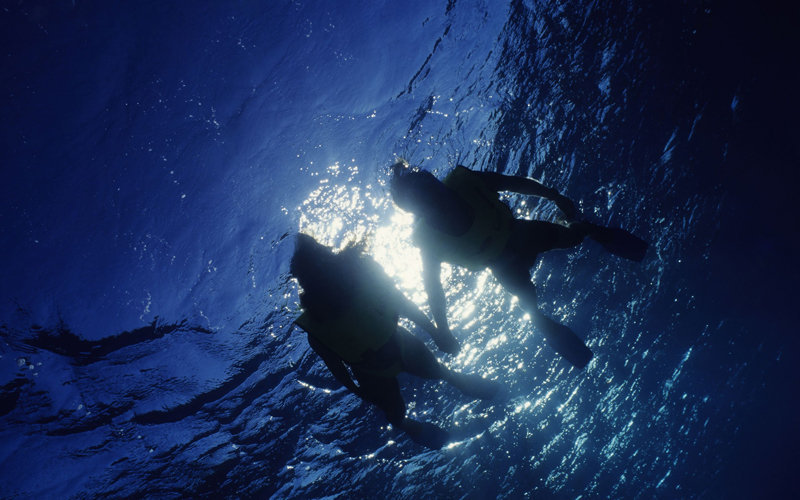 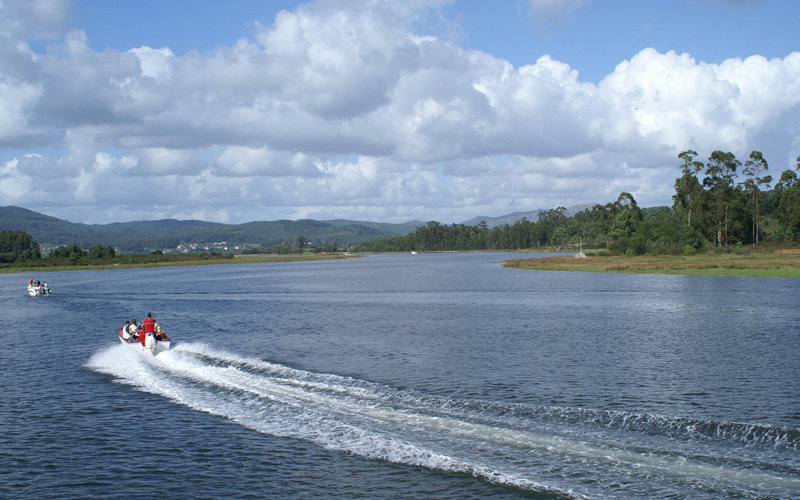 Another way of knowing the ría, although more  spiritually , is to do the Jacobean River Route of the Arousa Sea and the river Ulla , an initiative that recreates the “traslatio”, i.e., the Way which gave rise to the other ways to Santiago: the transportation of the Apostle’s remains from Jerusalem to Compostela via the ría of Arousa and going up the river Ulla up to Padrón where, according to the legend, Santiago’s disciples tied their stone boat to the Pedrón de Oro before continuing way to Campus Stellae. The official  voyage up the river which takes place in July, is  free but upon request . Although,  it is also possible to do this tour at any time of the year by using the services provided by any of the companies dealing with that.

Finally, remember that you can also rent a kayak or even some vessels, with or withour a skipper, so that you can enjoy  all the possibilities that the sea of Arousa offers you, in a more personal way.

No matter what you choose, from the river to the ría, from the ría to the river you will realize that very few places offer so much in so little space.