Os Ballotes station, in the parish of Bamio, is one of the most important and demonstrates the antiquity of the settlement in Vilagarcía de Arousa.
Visit Vilagarcía > Monumentos > Os Ballotes Petroglyphs

Petroglyphs are one of the most interesting representations of Galician prehistoric art. Os Ballotes, located in the parish of Bamio, is one of the most important petroglyph sites and the evidence of how long  ago Vilagarcía de Arousa came to be inhabited. There is an easy access to Os Ballotes from the old road leading from Carril to Santiago.

Petroglyph comes from the Greek words petro (stone) and glyphus (engraving). Thus, a petroglyph is an engraved stone. They usually represent elements present in the environment in which they were creat-ed: the landscape, animals (specially deers, and less frequently horses and other four-legged animals and snakes), hunting scenes, stars (represented by circles and cups) and weapons (the human being who inhabited that landscape). 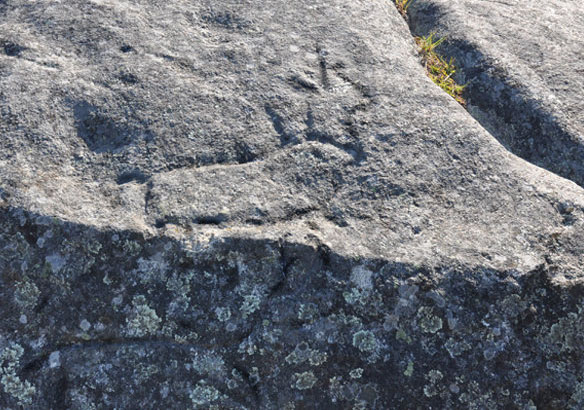 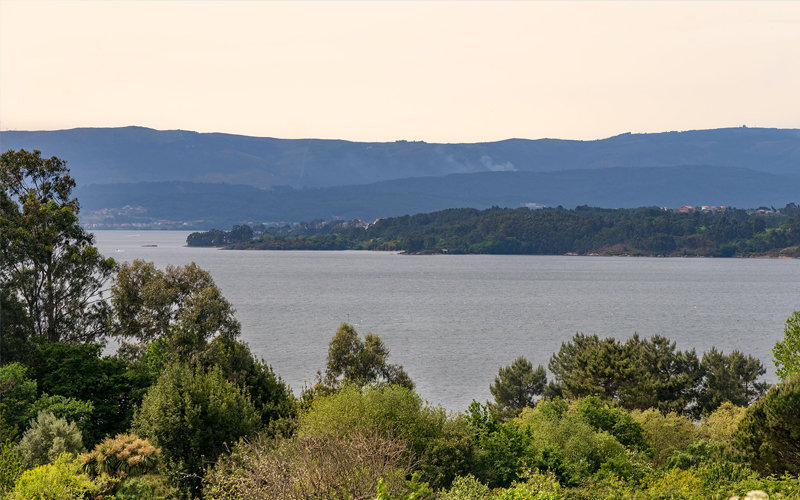 The site was not chosen at random: they were usually  on horizontal or slightly leaning panels. They did not stand out in the landscape, although a beautiful scenery could be overlooked from them, as in Os Ballotes, which is related to its meaning as a landmark: a suitable place to hunt, close to a water  spring, next to a cultivation area.

Prehistoric art with views on to the Ría of Arousa 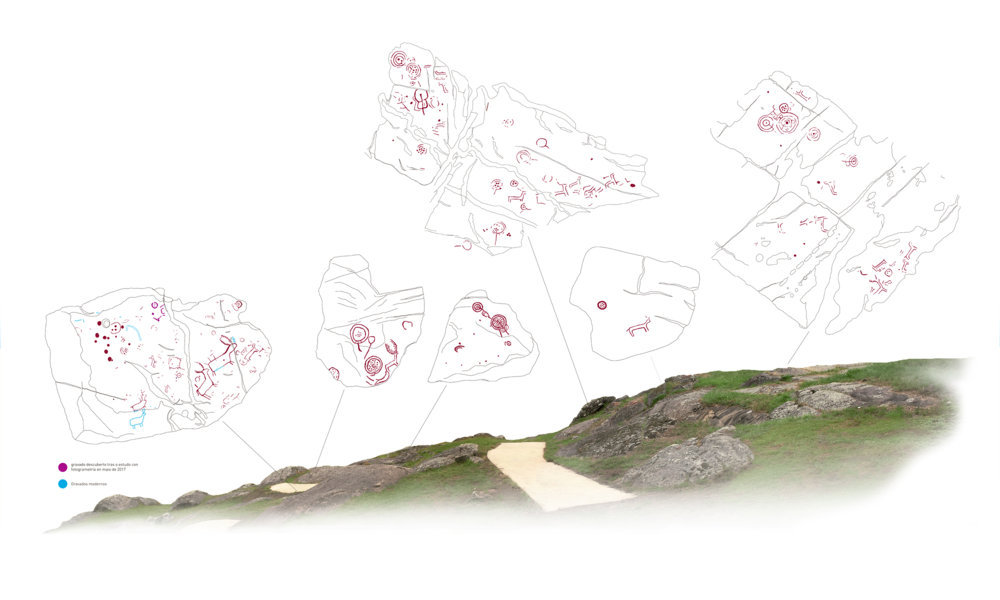 The symbolism of the gravings is sometimes uncertain, however, the connection between rites and reli-gion in prehistoric times must be taken into account. In any case, they must be regarded as symbols of the ancestors who inhabited this land in the Bronze Age.

In Os Ballotes there are three different engraving zones. The main group represents four animals and the same number of circles. Two of them are deers in profile with their antlers facing forward, which is common in prehistoric art. The first one is still and its eye and mouth are also engraved, which is quite unsual. The second one, bigger in size but out of proportion, is represented in movement, as the position of its legs suggests. Experts consider that the other two are four-legged animals belonging to the “caprus” species.

The second section shows other two animals. The first one, on the upper part of  a leaning surface, is a deer, as its antlers suggest. The second one,  carved on an almost vertical surface, is an unrecognizable four-legged animal.Both of them are very interesting since the one on the upper position was carved with a stone chisel, as it used to be common, whereas the one underneath was done with a metal chisel, which indicates that Os Ballotes set of petroglyphs was created by different artist and in different times.

Finally, in the north zone of Os Ballotes petroglyph the figures of animals are substituted by the symbolism of circles.  There are a dozen cups, different in size which do not have a recognizable geometric shape, as  is characteristic in many other petroglyphs.  A natural basin with an irregular circle on one of its sides  containing three cups is quite noticeable.  Alongside this panel, in the nearby, there are some others which were also used for this rock art.

Just 500 m from Os Ballotes, on the left hand side of the road leading to Vilagarcía, there is another petro-glyph site called Meadelo. Although very deteriorated today, it has a great cultural significance since it is linked to an old legend about a treasure which was gathered by the historian Bouza-Brey. This is “A Pedra do Encanto” – the charming rock.

According to the tradition, on St John’s eve, a woman set up a stand with many gold and silver items. As a man passed by she asked him which item he liked the most and he said he preferred the golden scissors. If he had answered “I like the stand and the stallholder” he would have been given the whole treasure, but as he did not answer that, the woman cursed the man for his lack of taste by saying: “ I hope you will have your lungs cut with these scissors”. 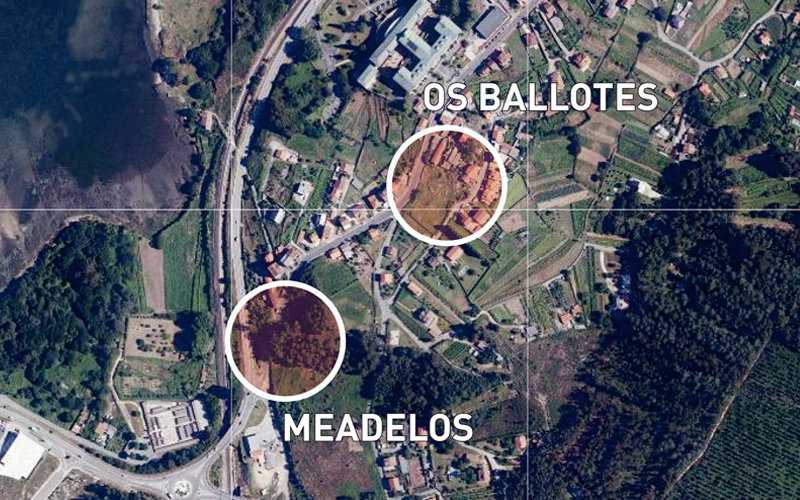 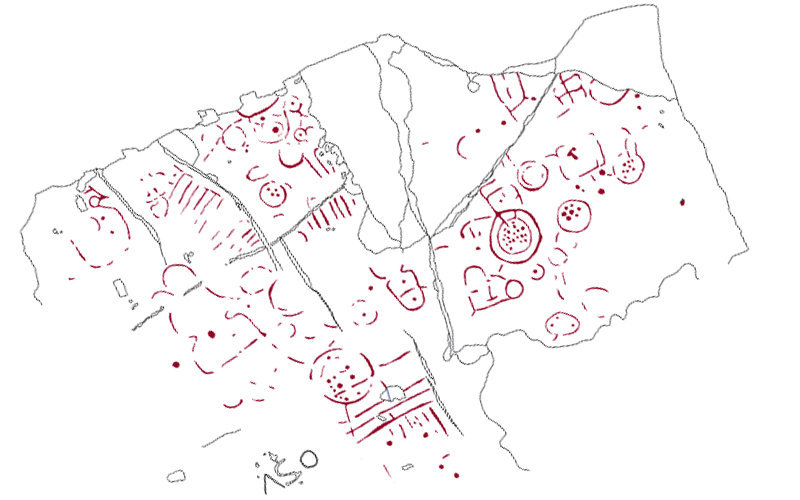 Visits: Any time of the year, although it is recommendable going at dusk  since the light falling upon the carvings highlights them. Free entrance. In August, during the Patron Saint’s festivals, a night  tour guided by experts is organized. It is called “Longa noite de pedras” – the Galician equivalent to long night of stones –paraphrasing the title of Celso Emilio Ferreiro’s  well-known work. 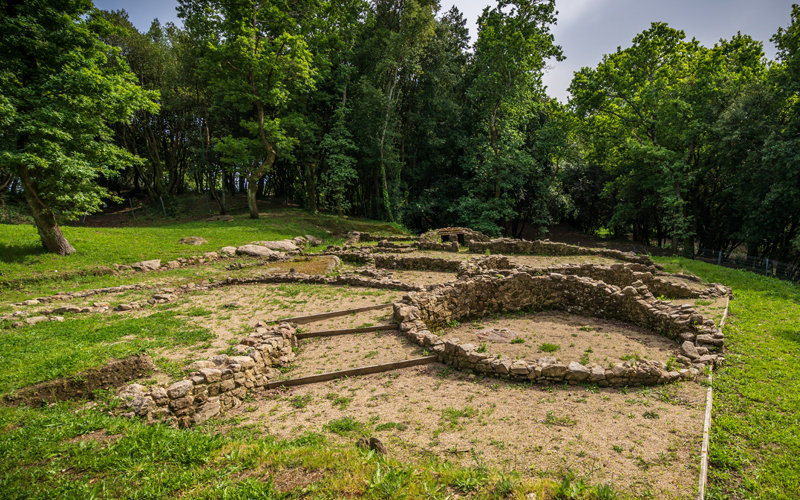 Petroglifos / Prehistoric art
Rarely does an archaeological site offer so many possibilities. Castro de Alobre invites you to make a fantastic journey through […]
Prev
X
This page uses cookies and other technologies so that we can improve your experience on our sites. More info